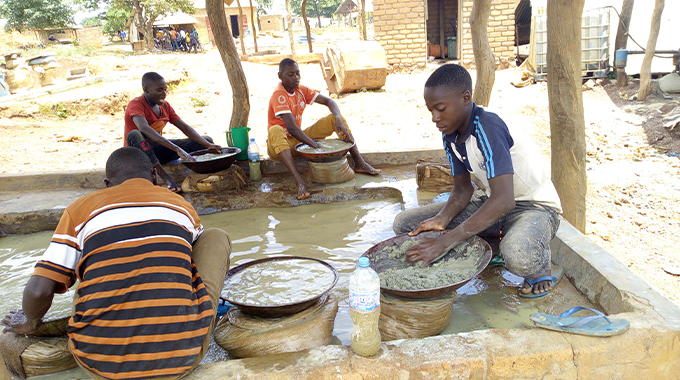 Artisan and small-scale mining (ASM) plays an important role in employment and livelihoods in Tanzania and contributed 4.8% to the Gross Domestic Product (GDP) in 2017. Estimates suggest that over 1,500,000 Tanzanians are engaged in mining, more than 90 percent of whom are in ASM. However, most ASM activities are taking place using rudimental technology causing negative impact on the environment and human health.
Due to lack of adequate support and regulation, most artisanal mining activities are carried out in an uncontrolled manner. Miners and regulatory authorities play a “cat and mouse” game with negative consequences to the environment. The combination of uncontrolled activities and the lack of technical know-how and financial expertise have resulted in activities that have become synonymous with inefficiency, poor health and safety standards, and negative environmental impacts.
The uncontrolled use of mercury through amalgamation, haphazard location of pits, increased siltation in rivers, accelerated erosion, degradation of river banks and water sources, and deforestation are some of the common negative environmental impacts associated with ASM. In addition, poor security, local inflation and social ills are all too common in ASM areas. Most of these factors tend to reinforce one another, resulting in a vicious cycle that is difficult to break

Many factors have contribute to the poor performance of ASM sector including the lack of simple and transparent legal and fiscal frameworks, weak institutional structures; lack of capacity to implement existing regulations, and sometimes lack of political will. Inadequate support services and access to information and technology and restrictive marketing systems, and poor occupational health and safety further contribute to making ASM, not only unproductive, but also counter-productive.

Given the ASM potential, HakiMadini sees a need to create a conducive environment, that fosters ASM development, encourages the application of best practices for mining, occupational health and safety, and promotes environmental protection.